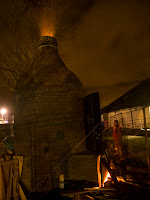 What an interesting and unexpected end to the year, I was inundated with photographic work. My interest in a photographic job seems to have a direct relationship to its difficulty, photographing in the dark, extreme high contrast, unsociable hours; often visually stimulating but people ask ?can you take photographs in this?? I?m a firm believer in ?if you can see it, you can photograph it? in fact I?d go further than this, I?m not really happy unless the photograph is better than the reality remembered. 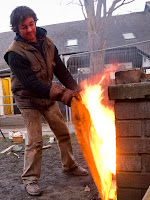 One of my challenges was the documentation of a firing of Bideford?s community Kiln-in-the-Park. This was a joint project from the Friends of the and Appledore Arts. The brick built kiln, which must be 20ft high is a rare example of such a large wood fired kiln in the . I was there whenever I could be from the building of the fence to enclose it, loading with hundreds of tiles and harvest jugs, lighting at 7am and bringing up to in excess of 1000 degrees c, to the grand opening almost a week later. As I obviously couldn?t be there 24/7 I had to anticipate the most photogenic moments in advance and get a general documentation of the process. One of the highlights was to be a flame out of the top of the kiln which sometimes happens so I made sure I stayed around as the temperature rose to it?s critical heat. 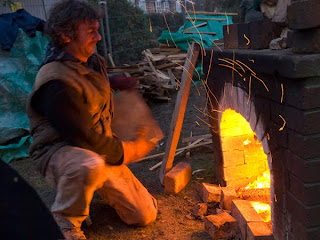 There was talk in the potting fraternity that if they didn?t work with clay they would all be pyromaniacs and there were many photographic examples of a fearless love for flames. The two pictures here are of Doug Fitch who has his own slipware blog: http://slipware.blogspot.com/

Another challenge was photographing the alternative physical theatre company Jammy Voo http://www.jammyvoo.com/ They had been working on a new play at Beaford Arts Centre and needed documentary/publicity pictures. Their play writing is quite improvised, the script to start with may not even have a beginning, middle or ending, so their time together as a company, who live in various parts of and , was spent developing their characters and the play. There seemed to be a days worth of photography to fit into the ? day with each new scene or location needing me to think on my feet to try and make the images say something about a play I knew little about. But it was quite a buzz and hopefully the final pictures made from merging 2 or 3 together will show the essence of the play. 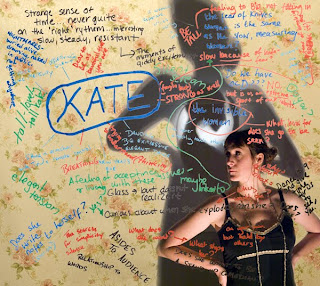