I’m very much involved again, in the Appledore Visual Arts Festival this year. On Friday I’m leading a Pin-Hole photography workshop for the festival. I’m really looking forward to getting the big black bin out and helping participants make cameras out of boxes and tins. There ought to be time, this year, to make some stunning images with this primitive technology, as we’ll have all day to work on it.

Either side of this, on the Thursday and Saturday, I’m running my own ‘Introduction to Digital Photography’ workshops. A practical days workshop learning to gain control over your camera, shutter speeds, aperture, ISO, flash etc, setting it up for optimum quality under any given lighting, and making better pictures through composition. Numbers limited to a hand-full. You’ll need to book these courses with me and they’ll start at Susie’s tearoom at 10am.

On Sunday, if not before, I’ll be enjoying the delights of Bideford Bay Creatives ‘artists’ studios’ installation which will be taking place in one of the out building’s in Susie’s garden. Each day a different pair of BBC artists will take up residence there and make the place their own studio for the day.

Details about my workshops are found here: http://davegreenphoto.co.uk/workshops.htm 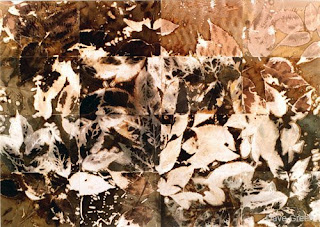