Everyone remembers the last job they finished before lockdown in March 2020. I had been working on mine for over seven months and I was desperate to bring it to a close with a hiking trip to along the French and Spanish coast booked for early March. I never expected it to take half a year, I never expected it to start at all. But what would you do if you received an unsolicited email out of the blue starting:

Hello,
I was referred to you by AHFAP.
I live in Houston, Texas

The email went on to describe at lengths about how an old Erard grand piano had been bought and restored and how the restorer had discovered the original balance washers underneath the keys which had writing on them, looking like they had been cut out of a newspaper. AHFAP is the Association of Historical and Fine Art Photographers of which I am a member. The email concluded with the interesting paragraph as follows: 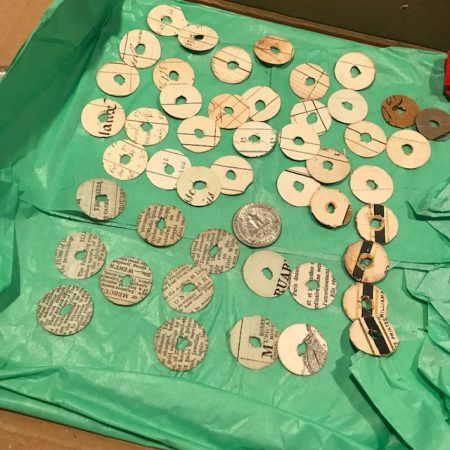 I have attached just enough pictures to hopefully spark your interest. I only know AHFAP by reputation and I am neither a photographer nor an artist, but it seemed to me that there is a project here in the making. My original idea was to simply do micro-photography of some of the more interesting pieces and enlarge them to poster size. But after spending some time on-line I thought it worth the time and effort to ask someone with a creative and photographic background to give this some thought.
Would you be interested or do you know someone who might?

The email signature was that of a major partner in an international law firm. I was naturally suspicious, assuming this was some kind of scam or hoax or simply mistaken identity and yet I was also intrigued. I weighed up the pros and cons and could see little reason in ignoring it, so I responded enthusiastically looking for a little more information.

What followed was much email communication and the project became a commission. A day rate was agreed but a final outcome, end date and total budget was kept open. I could see that I was going to have to take more of a collaborative fine art approach to this commission than I would for a commercial job. The piano had been made in London by The French company Erard In the early 1860s, it had been bought almost a year ago from a seller in Italy where it had been sent to England for restoration. It was currently on a slow sea journey across the Atlantic to Texas. The newspaper washers, however, were already in Texas.

The photograph below, taken by the piano restorer, is an example of what was to be an interesting real life crime story from 1861. 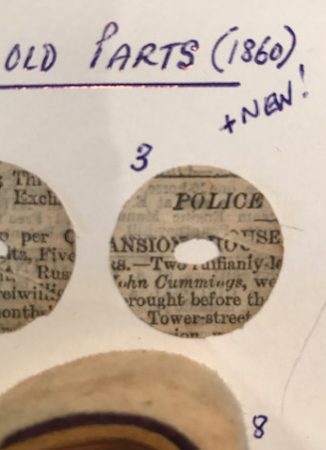 My client had already done a little research to try and determine what source the washers had been cut from. Using the British Newspaper Archive online he had been able to search for the legible words on a washer using an approximate year date and had found some of the stories associated with the articles that they had been cut from. The precise source of these stories was to become a major part of this project and started with this story discovered through the British Newspaper Archive from “The Morning Advertiser,” February 7, 1861.

Three days after the first contact I included this paragraph in an email that I sent:

I’m sure you will have some kind of budget in mind and perhaps the best way to proceed, once I have the washers in my studio and I am able to make some preliminary sketch work; is to enable me a limited timescale to produce something that you are able to see, and therefore we are able to discuss. I have been reading through your emails again and some of the words that you have written are already inspiring some ideas: I’m interested that this incredibly highly crafted grand piano needed something to bring the keys to a perfect level, and that thing was a simple paper thin washer, cut with a pair of scissors from a London newspaper, which happened to be lying about in the studio. There seems to be something profound in that! I’m also interested in the two-sided nature of these newspaper washers; it may be appropriate to photograph them so that both sides appear in the same image as light is diffused through the paper.

I was going to be opening my studio up for public visits in late September so I organised the delivery of the washers so that I would have them to work on for that time. I was sent some details about the piano restorer in Northumberland with a link to a blog he had written all about restoring this specific piano: AA Piano Tuners blog

On the 13th of September I received a large knock at the door and a box was delivered via FedEx containing the washers. 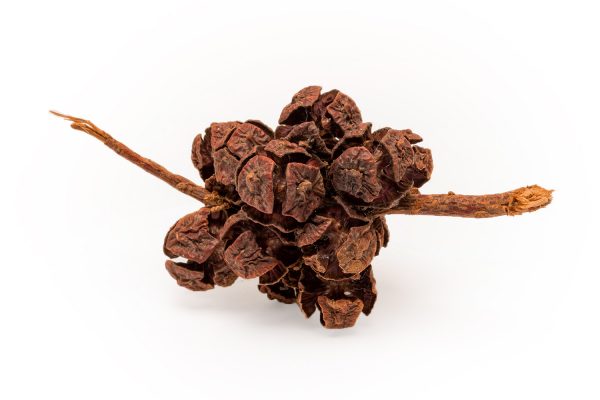 I haven’t opened my studio to the public for many years as I have been too busy, firstly digitising 10,000 images by James Ravilious and Roger Deakins for the Beaford Archive, and later photographing sculpture for ArtUK. My studio now demonstrates digitisation and also photographing sculpture. Also on display are examples of my personal landscape work; explorations of caves and shipwrecks and also the wild green interior of North Devon. I’m leading a small group workshop, designed specifically for sculptors and ceramicists on Monday 23rd September. During the workshop you’ll learn practically how to photograph your Artwork and get to know your camera better, using natural or household lighting and materials that you will already have in your own studio. 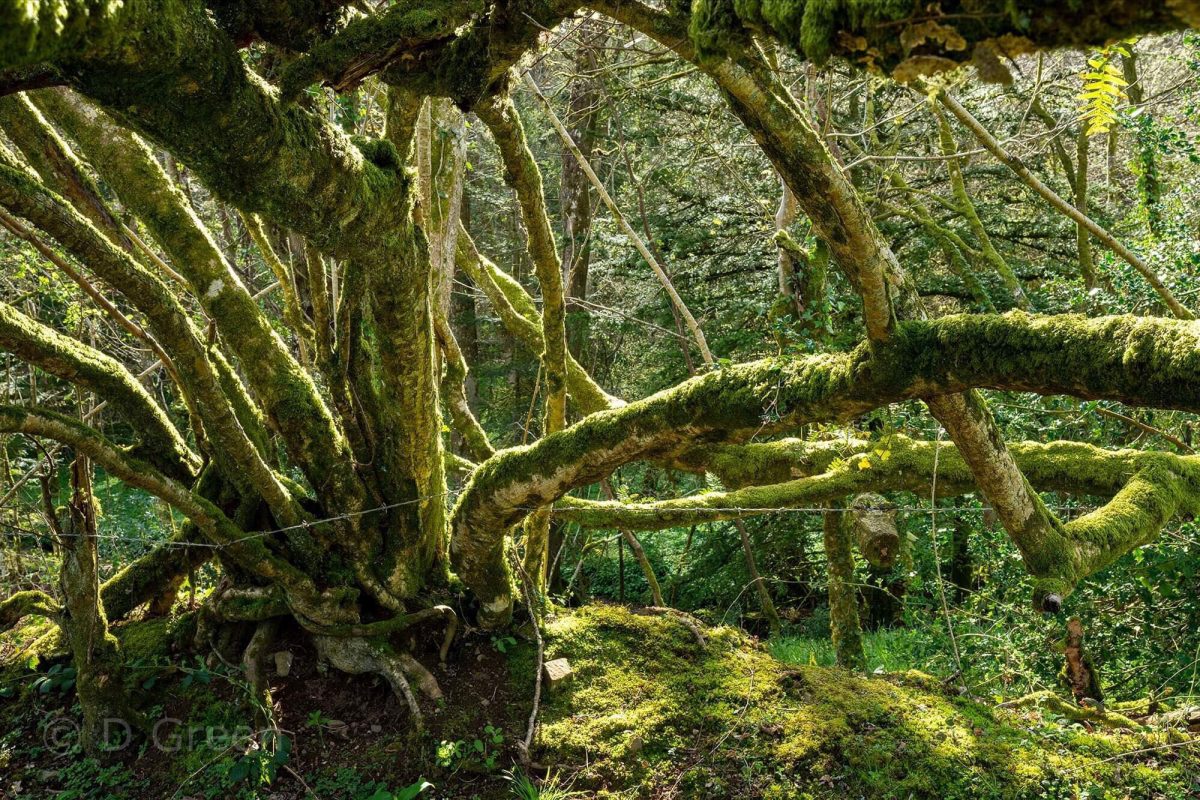 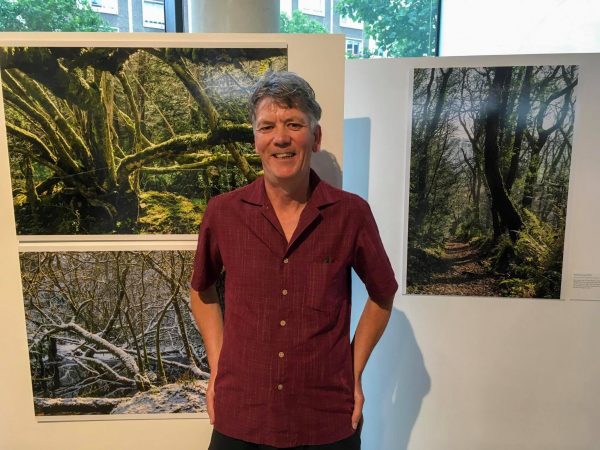 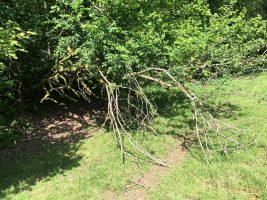 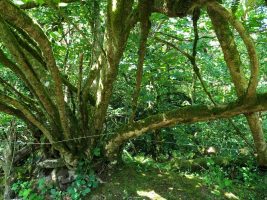 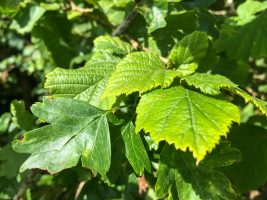 Coincidently I had planned a photo trip back to Dolton for the day after the private view. I re-visited the location of the now ‘famous’ (in your dreams Dave) hedge because I was curious now to see what kind of tree it had become. In the warm light of day it was curious to see just how un-photogenic it was. Even close up it was hard to say just what had attracted me so in April of last year. Most of the old hedge was hazel but interestingly there was one branch of hawthorn too!
The exhibition Earth Photo 2019 opens on Saturday 6th July at the Royal Geographical Society and simultaneously at Fineshade Woods in Northants. The photographs and films are amazing so go and see it if you can: selected images for Earth Photo 2019
‹ Previous123456Next ›Last »