Light is both the most important thing for for a photographer and often the most difficult. I spent a couple of days in West Cornwall doing some research for Graveyard of the Atlantic and making some new images. The one above is a snapshot, a sketch, its a recording of somewhere I might return to and make a proper photograph. I was waiting for the tide to go out fully at Nanjizal Cave, south of Lands End, so I had a quick look around the rest of the beach. This one was mined sometime in it’s past. I always us natural light in these photographs of caves which can be very tricky as this animation demonstrates!
The end result is a combination of most of the 21 frames. I find that you can’t simply make a picture like this using HDR. All of these photos are shot in RAW, processed to jpeg, them loaded into Photoshop layers and manually combined. 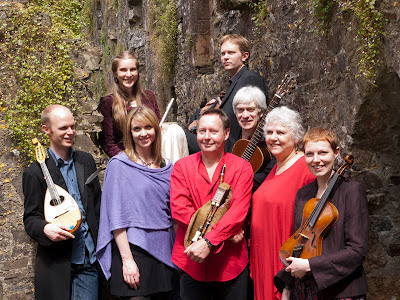 I had a commision to photograph the staff at Wren Music. They asked for a gothic theme as they were working on a production that required it. The first photoshoot was at Okehampton Castle, a great gothic ruin. The sun was in more than it was out and I had to work very quickly finding the best locations, groupings, expressions etc whilst juggling with the lighting. 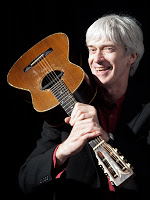 There was just an hour spent at the castle then it was into town, for another hour, to use an empty drama room of a local school for the next shoot. I had some lighting with me but the theatre spotlight in the room backed by the black velvet curtains gave the gothic look we were all after. A little light was reflected back into the shadows on the faces using a large sheet of white card. The picture compositions to me were all about marrying the musician with their chosen instrument and making something that filled a 3×4 frame in a balanced way. It was a challenge to make each portrait different from the last as there was no time to change the lighting. Again I had to work very quickly, concentrating on the key things like getting the all important eyes open and in focus.A slideshow of all the photographs from this shoot can be seen at my greengallery website. 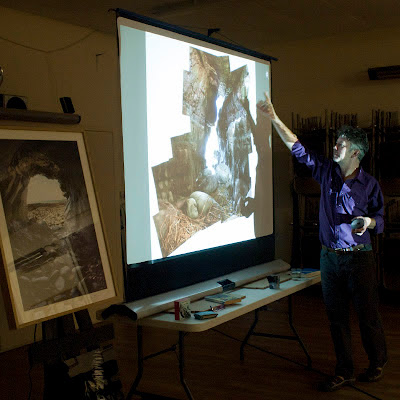 The Real Food Store in Exeter hosted an artists reception with talk on 19th August. The group of 15 were full of enthusiasm for the artwork and spellbound by the process of?it’s execution. People were amazed at the wonders of the North Devon Coast, many regretting that they have experienced so little of it and all vowing to come up soon. 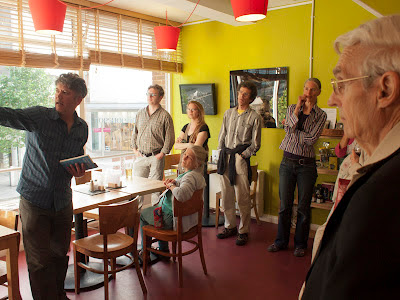 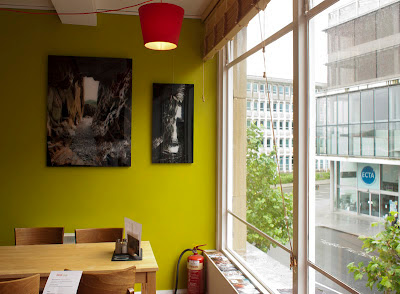 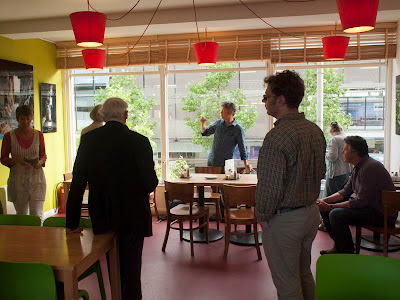 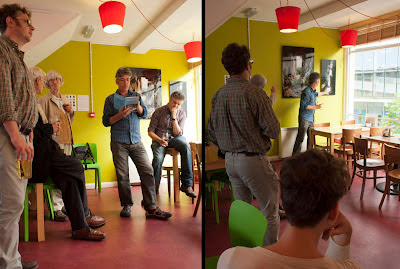 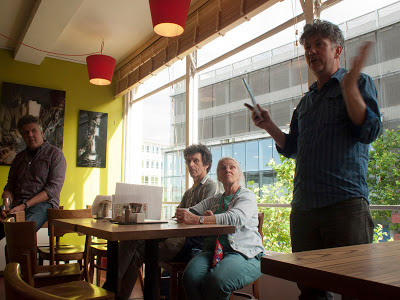 All of the photographs are within North Devon’s Area of Outstanding Natural Beauty and the mounted prints were made with support from the AONB Sustainable Development Fund. All prints are archival and limited edition. The large ones are mounted on aluminium and sandwiched under thick perspex which give them a real depth and perspective. The small ones are giclee prints.

I will be leading a camera workshop ‘half day Intro to Digital Photography’ on Thursday 16th August at the Real Food Cafe?- ?25
A ‘sit around the table’ workshop to get to know your camera better. You’ll learn about shutter speeds, aperture, ISO, flash and setting your camera up for optimum quality.
Booking required in advance email info@davegreenphoto.co.uk